We are familiar with the quantitative H-NMR in the synthesis work, and it is widely used. However, as a quantitative method, H-NMR has many disadvantages: 1) the chemical shift bandwidth of H-NMR is very narrow, most of which are concentrated in the range of 0-10 ppm or 0-12 ppm; 2) All kinds of small molecules contain a large number of hydrogen atoms. When measuring the H-NMR of a single sample or mixed sample, the hydrogen emission peaks with similar chemical environment overlap and interfere with each other greatly; 3) When used in drug testing, the excipients of drugs will also affect the peak of NMR.

With the in-depth study of fluorine chemistry, 1 / 3 of the small molecule drugs in research and marketing each year contain fluorine groups. People analyze the fluorine in the crystal balance and reaction spectrum of materials.

More and more attention has been paid to the content determination by F-NMR. The quantitative theory of F-NMR has the following advantages: 1) high natural abundance and good stability, unlike the continuous decay of carbon, the spin quantum number is 1 / 2; 2) The F-NMR is sensitive to the change of electronic environment, and the chemical shift bandwidth exceeds 200 ppm, which will not be crowded in a narrow range like the H-NMR; 3) Generally irrelevant impurities and drug excipients do not contain fluorine and have little interference with the target; 4) The demand for sample detection is also very small, and it can be measured at < mg level.

Discussion on determination method and parameter setting of F-NMR:

The 90 ° magnetization angle has the best SNR (SNR): 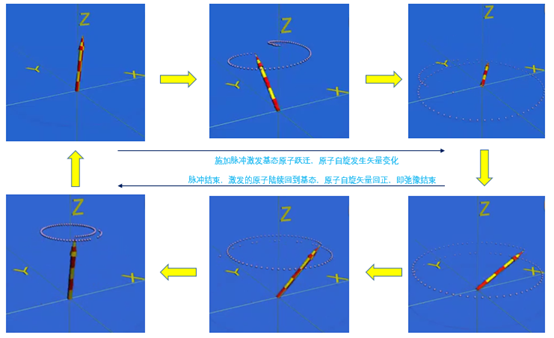 Generally, the SNR must be greater than 150 / 1 to reduce the detection uncertainty to < 1%.

As discussed earlier, the excitation bandwidth of H-NMR is generally 0-10ppm or 0-12ppm, while the excitation bandwidth of F-NMR can reach 200ppm. However, the magnetization probe of NMR is limited by power, so it is impossible to realize uniform excitation in such a large bandwidth. There are generally four methods to solve this problem: 1) the transmitter frequency is set near the excitation frequency of the target peak; 2) Generate multiple maps; 3) Shorten the emission time of the excitation pulse and increase the bandwidth, but this will sacrifice the SNR. 4) The use of irregular wave (Chorus), which is based on the premise that the substrate does not have strong JFF coupling under the action of irregular wave.

Collecting a single transient signal from one direction can reduce the error of relaxation time, but the signal will be relatively weak. Through the superposition of multiple transient data, the SNR can be greatly improved. The number of transients is called Transient parameter n. SNR is a function of n2, that is, the more the number of transients, the greater the SNR. (it seems that n can be increased by increasing the sample concentration).

For example, our test frequency is 100MHz, and 1000 data points are collected in 10us. The frequency range is as follows: 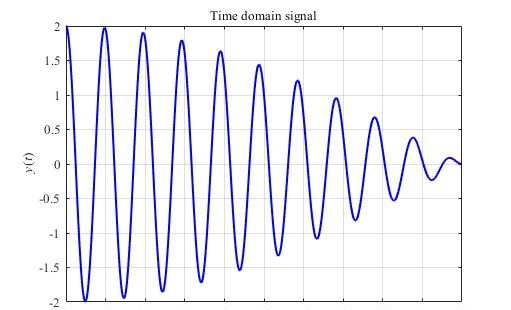 Take the Fourier transform directly and get the following figure: 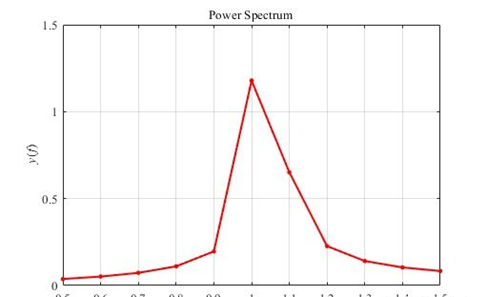 Because the number of points involved in the Fourier transform is small, and the number of points in the transformed graphics is obviously too sparse, the method of "zero-padding" will be used to compress the data points in a smaller reading window, so that more data points can participate in the Fourier transform. In this way, the sampling points can be more concentrated without increasing the sampling points and the transmission frequency of the equipment. The following figure is the graph after 7000 0 points are added. 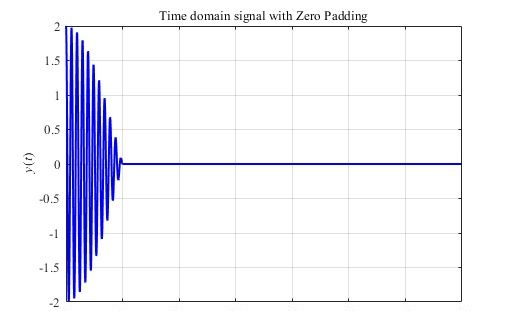 In the Fourier transform, the graphics are much smoother, but this is just a digital game to deceive the eyes. There is no improvement in the real NMR resolution. As you can see from a close distance, the traffic lights are composed of several small LED lights. They are round, and the edges are not smooth and serrated. Then you step back 100 meters (the so-called zero-padding). When your eyes process this figure again, the shape of the traffic light becomes a regular circle. Therefore, the traffic lights have not changed, the number of LED points has not changed, "zero-padding" allows you to observe the shape of traffic lights more "globally". 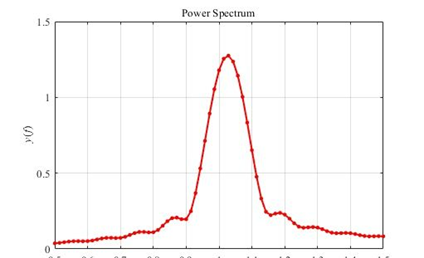 In order to really improve the resolution of nuclear magnetic resonance and the accuracy of data, the most effective way is to improve the frequency of nuclear magnetic resonance, emit more pulse waves per unit time, or extend the sampling time to collect more data points.The following figure shows 8000 data points collected in 80us after extending the sampling time. Then the frequency domain range is as follows:

After Fourier transform, the resolution of graphics has been fundamentally improved. Therefore, there is no shortcut to obtain better and more reliable NMR data. Either spend money to update the equipment and improve the frequency, or spend time to increase the sampling points. 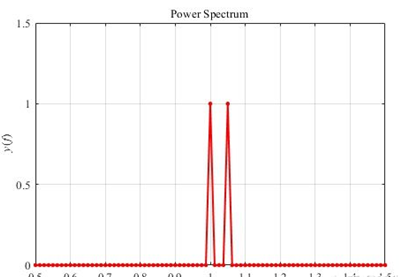 The Standard Curve Method is to establish the standard curve according to the relationship between the integral value of the standard sample and the sample concentration with the help of a specific internal standard. Then substitute the integral value of the sample to be measured into the fitting formula to calculate the content of the sample to be measured. For example, the following figure is an experiment to detect the content of fluoxetine hydrochloride with trifluoroacetic acid as the internal standard (integral value 100).The trifluoroacetic acid in each sample is the same, and the content of the standard varies from 0-2.0mmol/l. The standard curve drawn has a fitting degree of 99.9% (that is, the reliability of the fitting formula is up to 99.9%). 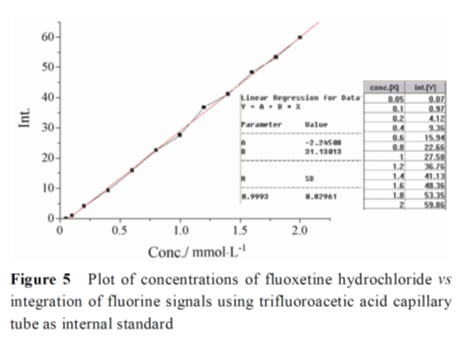 After finding the law, determine that a certain internal standard (such as trifluoroacetic acid) has universal applicability. It is also possible and unnecessary to make a standard curve every time.It’s viable to try to add internal standard quantitative directly and send more parallel samples for confirmation.